Conflict resolution is resolving differences between people or groups and working together towards common goals. It involves listening, understanding, and responding to promote cooperation rather than conflict.

There are many different types of conflicts: interpersonal, organizational, political, etc. Each type has its unique characteristics and requires a specific set of skills for effective resolution.

Conflict resolution aims to create an environment where all parties feel heard and respected while maintaining dignity and autonomy. The ability to resolve conflict effectively is an essential skill for all people who interact with others. It’s also a necessary part of leadership. Leaders can influence others by resolving disputes. They can help their team members understand each other’s perspectives and solve problems.

What Causes Conflict in the Workplace?

If you have standards for productivity or quality that are not consistently applied, you may find yourself with a team where some members feel overworked while others don’t feel challenged.

It’s possible that some team members feel like they’re doing more work than others or resent those who seem to have less responsibility. Blame and frustration can build due to duplicated work or unfinished tasks.

How Do I Start Managing Conflict?

There are several ways to start managing conflict. One way is to be aware of it. If you notice the tension between yourself and another person, take note.

Active Listening is essential to conflict management (see active listening blog here). Active Listening involves understanding how someone feels when speaking rather than just hearing what they say. By understanding someone’s feelings, you can respond to them more effectively. It’s also important to recognize that not everyone has the exact needs, so you should tailor your responses accordingly.

The best way to improve your emotional intelligence is to take advantage of opportunities to practice recognising and understanding your feelings and those of others. Note how people react to situations and understand why they act.

Patience is another crucial component of effective conflict management. It’s easy to get frustrated when someone else isn’t behaving as you’d expect. But when you let go of your expectations and try to see things through their eyes, you’ll find yourself able to approach problems with a calmer mindset.

Flexibility is another critical skill to employ when resolving conflict. To get past a disagreement, you’ll need to accept that things won’t always go your way. It’s easy to become frustrated when someone isn’t willing to compromise, but this doesn’t mean you should give in to avoid a fight. Instead, try to find common ground where both sides can agree. 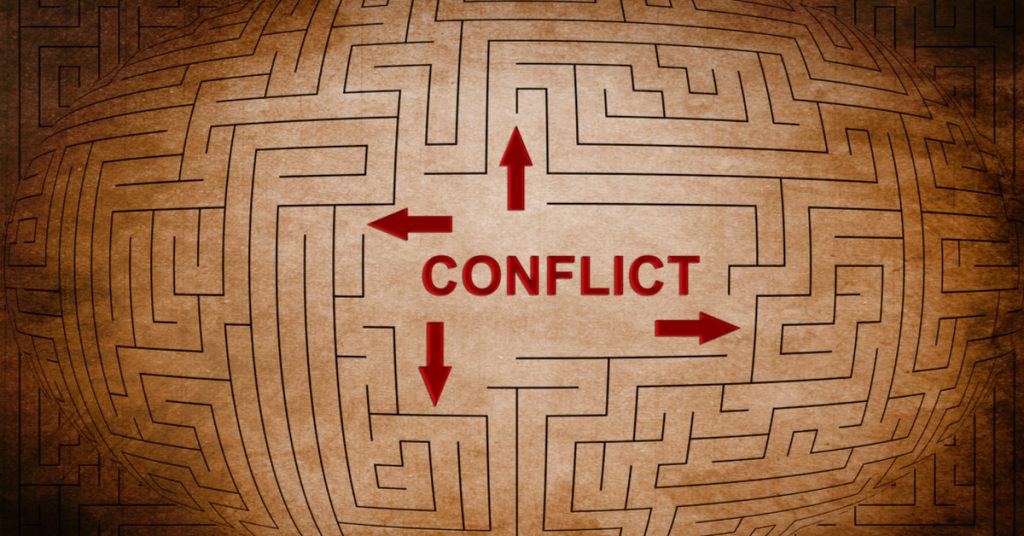 When working through a conflict, it’s essential to identify both sides’ goals. By doing so, you can ensure that no one is getting shortchanged. It’s also helpful to know how much time you have before the deadline to complete a project. Ask the other party if you’re unsure how much time you have.

It’s important to communicate openly about the problem at hand. Open communication helps you build trust and respect among your team members. You might even want to consider asking them to write down their thoughts on paper if they don’t feel comfortable speaking up directly.

If you’re having trouble communicating, consider using tools such as empathy maps or mind mapping to help you understand the other side’s perspective. These types of visual aids allow you to see the situation from the other person’s point of view.

Finally, remember to maintain a positive attitude during conflict resolution. Even though disagreements will inevitably arise, it’s possible to work together to resolve any issues. Try to remain calm and focused on the task at hand. Don’t focus on the negative aspects of the situation.

You may want to consider how you respond to others’ comments. Try to avoid jumping to conclusions about what someone else means. Instead, ask questions that allow them to clarify their meaning.

Rather than getting defensive, please take it as an opportune time to consider another perspective. You don’t have to be convinced by what someone else says, but you can attempt to understand their point of view. Refusing to listen to their point of view creates a situation where you are not going anywhere fast.

Don’t say “I hear you” or “I understand.” Say “Yes, I understand,” and then add something else that builds off what you said before. For example, if someone says, “You’re right,” you could respond by saying, “Thank you. I’m glad we agree.” Or if someone says, “That’s not fair,” you could respond by asking, “Why?” Then you’d both be talking about the same thing, and you’ll have built off your previous statement. 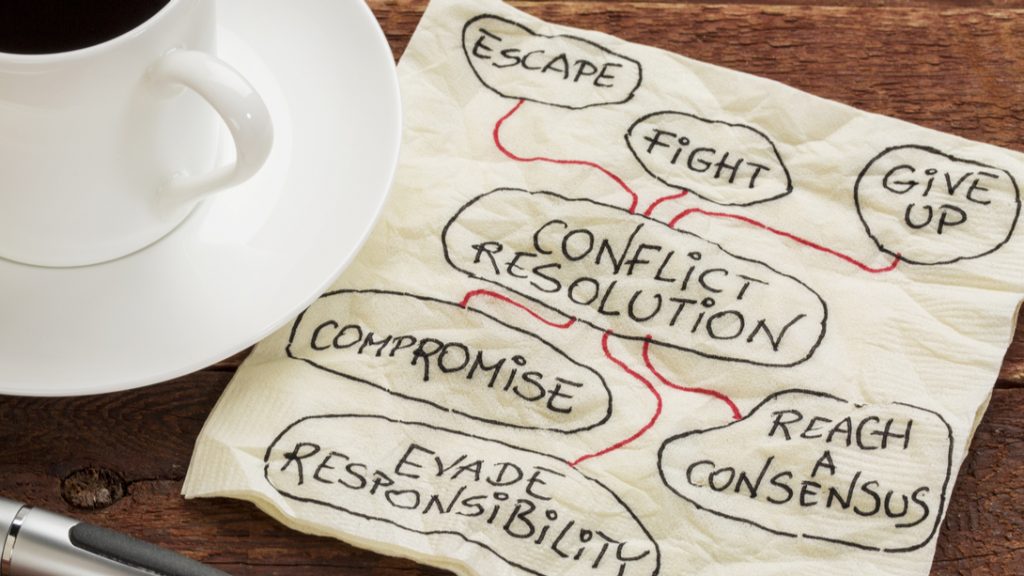 To be respectful, you must first understand your opponent’s position. Once you do, you can then formulate a response that respects both parties.

Conflict resolution requires that everyone be heard. Blaming others is never helpful, and shutting them down is even worse. Instead, try to understand what each party is saying and find solutions.

The most important thing to remember when writing a response to someone else’s argument is that it should always begin by stating what you agree with. This will help you avoid getting into unnecessary disputes.

2. Let the person explain themselves, and actively listen.

Listening is a big part of conflict resolution, but it’s often ignored. You should never feel compelled to speak up if you’re unsure about what someone else thinks or feels. If you genuinely want to know what someone else has to say, wait for them to finish talking.

Letting someone else speak first allows them to elaborate on their point. You might find that your initial interpretation was wrong, and you’ll be better prepared to compromise or collaborate on a new solution when the other person speaks uninterruptedly.

A series of statements that start with “you” can seem like the speaker blames the listener. Conflict should not be about what the other person is doing wrong, but what you are doing right and how to get the other side to understand.

Using “I” statements, such as “I feel like I’m not getting the chance to explain myself” rather than “You’re not listening to me,” can transform your conversation. These statements make your argument more about your emotions, opinions, personal beliefs, and morals, rather than everything you don’t like about the other person.

Self-control is another critical skill in resolving workplace conflicts. It’s easy to lose yourself in a heated discussion and forget that you’re there to solve problems, not argue. When you find yourself losing perspective, remind yourself that your goal isn’t to win the argument but rather to come to a mutually beneficial agreement.

Having a discussion with an opposing party about a conflict would be improved if you were calm, clear, and in the right place. Before heading into the discussion, let out any emotions you had pent up from when the conflict started. Be sure to have a good think about what you’re going to say or do before you meet up with them.

5. Show a willingness to compromise or collaborate.

Depending on the situation, other conflict management styles may be more appropriate. For more minor, less essential conflicts, it may make sense to avoid them. An accommodating style may work when the other party cares much more about the solution than you do. Compromising may be the best option for decisions with limited time to make them.

In many cases, it’s necessary to reach some compromise or agreement between both sides. Sometimes you might be able to let go of your stubbornness and agree to something beneficial for both parties. It would be best to show the opposition that, even though you care deeply about this issue, you care more about reaching a resolution that benefits everyone involved.

It’s tempting to blame others for causing the conflict. However, it would be best to assume that they are at fault. They could also be reacting to something you did or said that caused them to respond negatively.

If you try to resolve conflict by pointing fingers, you won’t learn anything useful. Instead, focus on understanding why the other person reacted the way they did. This will help you figure out how to prevent similar situations in the future.

The collaborative approach is a positive way to handle a dispute. It’s both cooperative and assertive, so it’s essential that all parties are heard and everyone involved is happy with the outcome.

Conflicts are uncomfortable for most people, and the competing strategy is no exception. One party will almost always end up with a negative outcome. However, it is essential to remember that the other party will most likely receive a positive effect. Be careful when it comes to this strategy, as it rarely makes friends.

The “avoiding conflict” strategy is a passive approach to conflict that is employed by those who are more likely to be unassertive and uncooperative in mitigating negativity. Generally, these people would rather wait for the conflict to blow over rather than have anything to do with it.

Avoidance is a typical response to conflict because it’s easier than engaging in the situation. It may seem like a viable option at first glance, but if you’re avoiding conflict, you’ll never know what could have happened had you engaged. 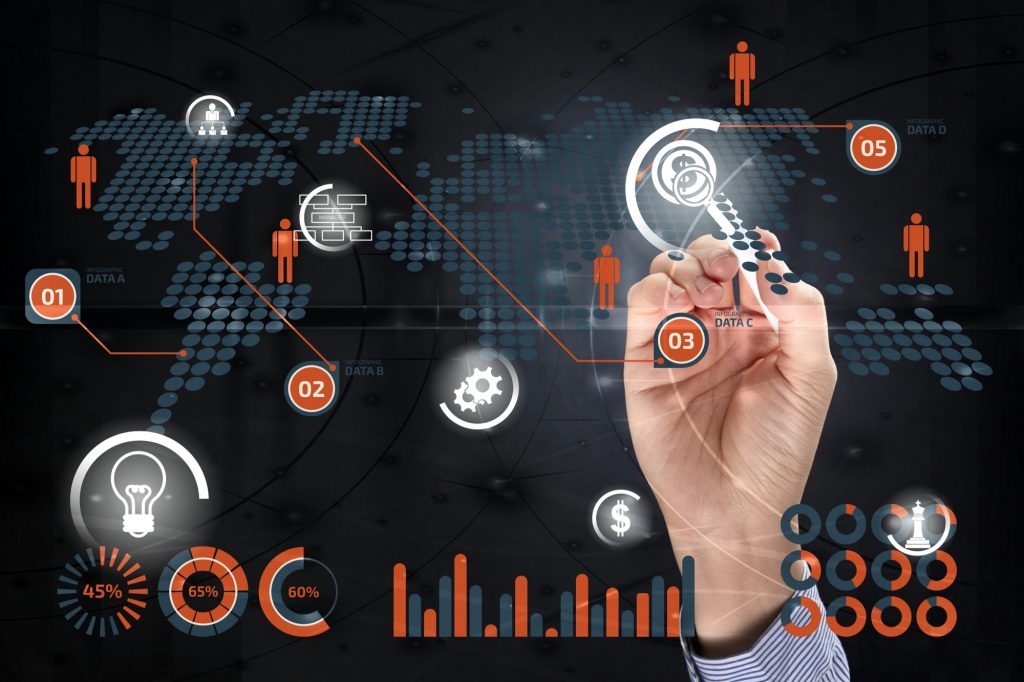 Sometimes, a person will be accommodating to avoid being assertive. While this is a typical style, it’s not the only one. People who are accommodating might be doing so to keep a disagreement from escalating into a full-blown argument. This style is used when the argument will lose, but the person wishes to maintain a sense of cooperation.

Some people are used to compromising when there are conflicts. They choose a proactive and cooperative strategy to get things done quickly. This is because time is of the essence, and there’s no time for anyone to explain their opinion. The compromise is based on the most essential and urgent facts, so it can bring about a decision that won’t work for everyone but will for now.

Others are not used to this kind of approach. They’re more likely to take a wait-and-see attitude, which means they’ll let others decide what happens next. They may feel like they don’t have enough information to make a decision, or they might think that if they say something, they’ll look weak.

Conflict in the workplace is inevitable. It’s best not to ignore it. When tensions run high, it affects the health and performance of both employees and the company. So, use our conflict resolution skills to pre-empt, manage, and fix conflicts. You may find that you improve processes, strengthen relationships, and even make more money. 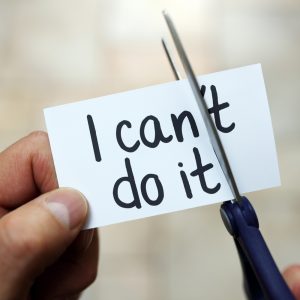 What is a Personal Development Plan? A personal development plan provides a roadmap for your success in life. It’s a process that involves improving your habits and

What are the qualities of a great leader? Directors, managers, and executives need to be empathetic, insightful, humble, and accountable. They also need to have 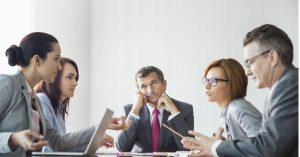 Conflict Resolution. Conflict resolution is resolving differences between people or groups and working together towards common goals. It involves listening, understanding, and responding to promote